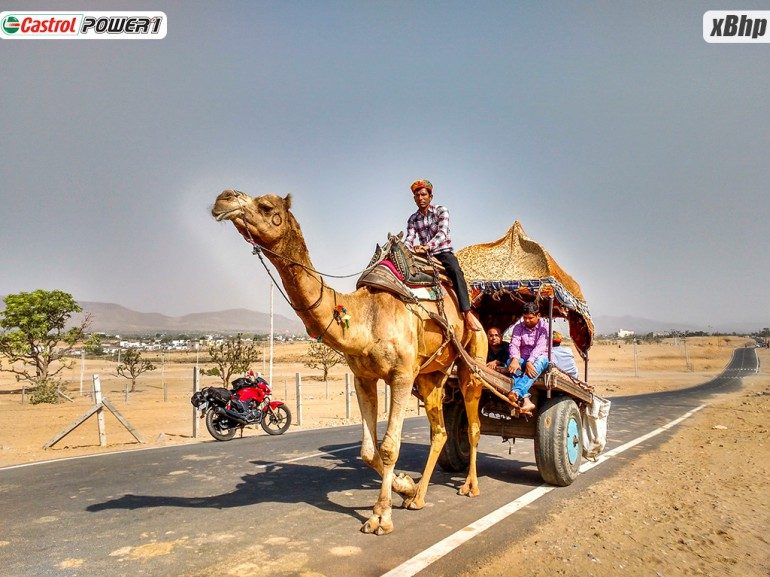 TOURING ON MOTORCYCLES IN INDIA
Ah! for the lore of the open road. For the freedom of clean black tarmac snaking its way to the far horizon or twisting its sinuous path around mountains. Ah! For the freedom of riding on two wheels and being ‘in’ the weather, of feeling the wind, battling the storms, braving the heat and enduring the chill. Ah! For the thrill of living on the edge, of knowing how each moment is a choice of action pregnant with the fear of injury or worse and yet being sure of making the right choice each time. Touring on motorcycles is not something to be bracketed into simple travel. It’s a LOT more than mere travel. It’s a LOT more than a journey and way beyond in content and context compared to the start, the route and the destination. Its many lifetimes compressed into a single one, each one singular and as tantalizingly exciting as the other. Every moment of ‘travel’ when done on a motorcycle is as unique as our finger-printed identities. And this uniqueness is what makes touring on two wheels such a big and influential teacher in life. India is as diverse as it is unified – and that apparent contradiction prevails in all aspects of life be it culture, language, food, weather, ethinicity etc etc. This diversity is what makes touring through India on a motorcycle so much more fun and a wondrously enriching experience compared to other countries across the world. Here you have places like Ladakh and Lahaul Spiti – the Himalayan routes that begin at altitudes like 13,000ft where most mountains in the West end! And you can actually ride your bike at altitudes where jets fly – 18,000ft plus! You have salt water lakes more than a 100 miles long at heights beyond that of the Matterhorn. The other extreme takes you to Kanyakumari that is the virtual land’s end for India – you’re surrounded by water (the Bay of Bengal on the East, the Indian Ocean further south and the Arabian sea in the west) and the only way out is backwards! The West has vast arid zones like the Rann of Kutch in Gujarat and the Thar Desert in Rajasthan. The East has some of the wettest places on planet Earth and also an astounding diversity of flora and fauna this side of the Amazon.

As a tourer in India, you need to be a reasonably skilled rider who can handle a variety of road speeds and situations. You must be proficient at panic braking, be sympathetic towards your machine and be capable of some basic DIY stuff that you’ll need at the most god-forsaken of places and the worst of times during your travels. These basic ‘qualifications’ are for your own safety. How come DIY skills are a part of the ‘safety’ equation? Imagine getting stuck with a broken chain link on a remote mountain or desert road at the fag end of the day. A hamlet 10 kilometers away is just 10 minutes on the bike but 2 hours if you walk. Make that 4 if you plan to drag your steed along. Of course it would be best to maintain your bike or tour on a relatively new one but then someday your bike will be ‘old’ or you’ll leave for a friend’s engagement 200 kms away at short notice. Hope you get the drift. DIY skills are a great confidence booster anyways.

Graded introduction to touring is the best in India – implying a graded increase in reach and range, both on a per day basis and as the overall tour mileage. Attempt anywhere between 200-300kms in a day to begin with. On most roads in our country, these initial 300 odd kilometers will provide enough opportunity to scare you and teach you in equal measure. Reach your destination with enough time and energy at hand to enjoy the new place and also to reflect upon the day’s ride. Be a ruthless self-critic and a voracious learner. Having a buddy along helps as your collective memory and differing perspectives about the day’s happenings put forth a huge amount to learn from. Though the ‘learning’ never stops in life, the initial learning curve needs to be pretty steep if you are to stay alive and well on the road for long. Otherwise the odds will surely catch up and put a spanner in your plans of riding till the body allows.

While touring on motorcycles, at some point of time almost every rider encounters two special riding conditions that need equally special skills and an extra bit of sanity to survive through. One is getting caught on the high road after dark and the other is riding long distance in rain. There of course will be times when you’ll get both on your platter in equal measure and make life miserable for you. Riding in rain after dark is NOT fun on a bike, any bike and that’s an almost universal fact. Which is one reason we have two special sections detailing skills and tips about handling just such situations on road.

Next Part:  Choosing the right bike and preparing it for the ride